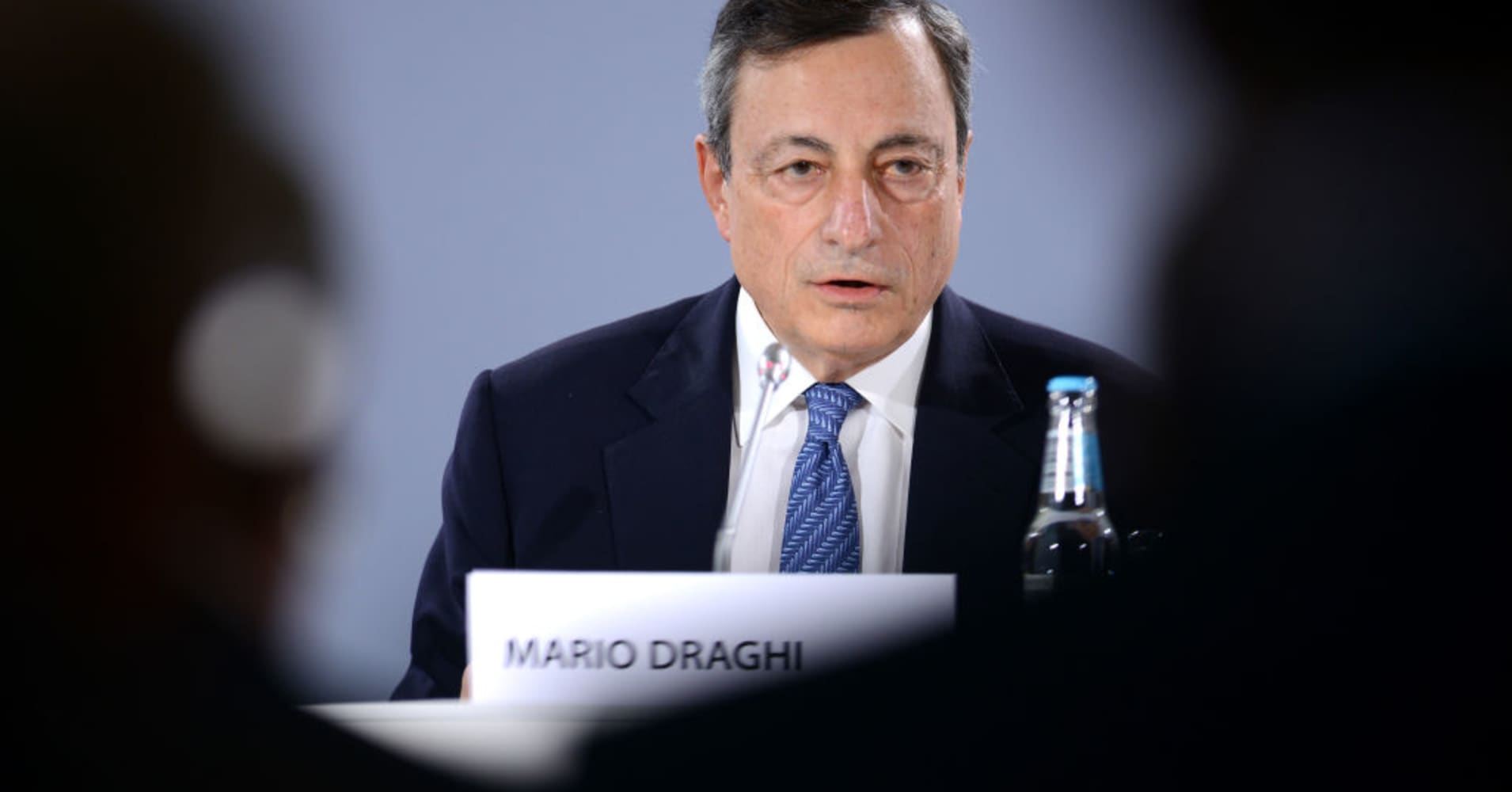 The European Central Bank (ECB) is expected to stick to its policy stance at their upcoming meeting on Thursday as inflation does not seem to accelerate and growth remains solid.

“It is clear that the most recent Inflation figures do not suggest in any way that the ECB will need to deviate from its ‘prudence, patience and persistence’ mantra,” Dirk Schumacher, ECB watcher at Natixis in Frankfurt explained in a note to clients. “The one development, however, which continues to point to a renewed pick-up in core inflation is wage growth, which has accelerated clearly since the beginning of the year,” he added.

The gist of this week’s meeting will be in press conference. Mainly three areas are expected to be of interest:

All these points could trigger market moving commentary but at the same time it is not very likely that Draghi is willing to give away substantial new information on these grounds.

“We expect to hear questions about how the central bank intends to reinvest the proceeds from its maturing securities,” Franck Dixmier, global head of fixed income at Allianz GI said in a note to clients this week.

“We would be surprised if officials provided any clarification at that stage since it is in the ECB’s best interest to keep all its options open in today’s tense geopolitical environment,” Dixmier added.

The ECB has committed itself to stop buying new bonds at the end of this year, but the onus clearly now is on the reinvestment of these purchases (as part of its crisis-era stimulus program) and its refined rate guidance. The euro zone’s central bank pledged to keep its key interest rate at minus 0.4 percent “at least through the summer of 2019” during its last meeting.

The ECB wants to keep its flexibility and hence has been stressing the data dependency of all its future decisions ever since they announced the big exit strategy in Riga. But for now the data looks good, there is no need to change the strategy.

Backing for that view will also come from the next staff projections which are due this week and which are seen mostly unchanged from last quarter.

“After some fluctuations over the summer, oil prices and the exchange rate have returned to their levels of late May, the cut-off period for the ECB’s June projections,” writes Carsten Brzeski, an ECB watcher at ING Diba explained in a note to clients this week. “If anything, the weaker euro could lead to a very minor upward revision of both gross domestic product (GDP) growth and headline inflation.”

While the ECB is on “auto-pilot” when it comes to their exit strategy, the speculation over who will succeed Draghi at the helm of the bank are in full-swing.

How GPT-3 Wrote a Movie About a Cockroach-AI Love Story
What Twitter’s Move to Shutter Offices Signals for Big Tech
We Interviewed Meta’s New AI Chatbot About … Itself
Tim Wu, Biden’s Anti-Big Tech Adviser, Has Been Living the Dream
Beware the Contract Clause Loading US Workers With Debt