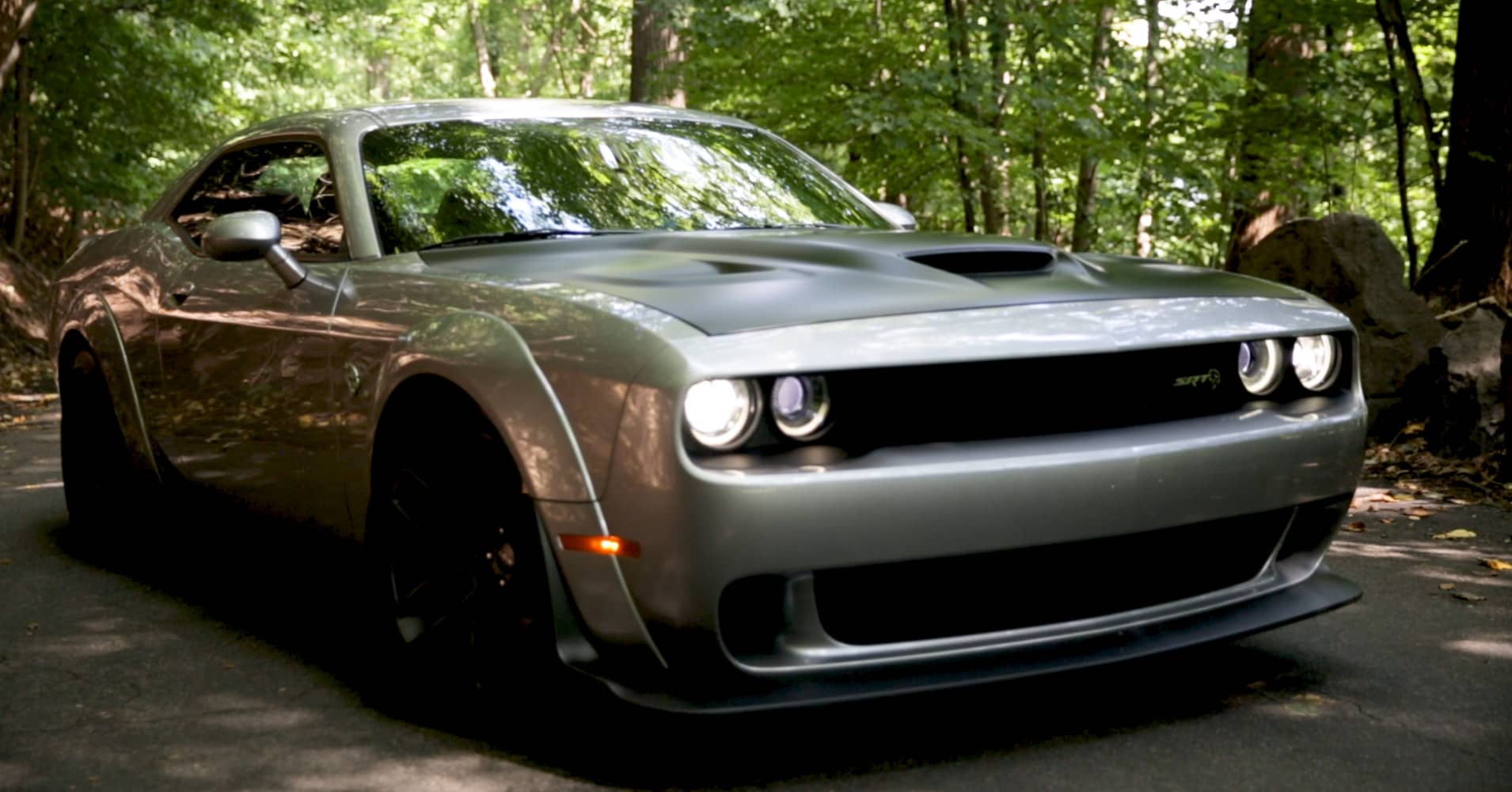 “The last three years have been great and a lot of Americans have gone back to buying big SUVs,” he said. “But when gas prices start to go up, and they are already starting to, a lot of those people who made those decisions a few years ago are going to pay for it. And I would say to anyone who is buying a car expect prices to move back up over $3.00 a gallon for quite some time.”

So far, fuel prices have not seemed to scare buyers away from muscle cars, including Challenger, Drury said. His data suggest that in 2018 just under half of all buyers of Challengers, Mustangs and Camaros have opted for the larger (and less efficient) 8-cylinder engine, despite the fact that all three brands sell smaller, more efficient engines.

And many of these cars are bought by enthusiasts, who are passionate about driving and are not as sensitive to fuel prices, Brinley said. The Dodge Hellcat Widebody, which at a starting price around $70,000 is a top of the line version of the car, has a supercharged V8 engine that pumps out an almost unthinkable 707 horsepower. In the city, it gets 12 miles per gallon.

“Someone who buys a vehicle like this is knows why they are getting 12 miles per gallon,” Brinley said. “Where it gets to be a concern is when they can’t afford the fuel.”

Dodge has no plans yet to make a hybrid version, as Ford plans to do for the Mustang.

The question remains if the Challenger can continue to captivate the mind’s of buyers. The Challenger name is an old one that has been resurrected by its manufacturer several times over the years, something also true of the Camaro. Only the Mustang has been in continuous production since it was first introduced in the 1960s. It is a reminder that selling sports cars can be tough and that a product’s future is never secure.

Trade-in data for the segment suggests about a quarter of all buyers end up buying another similar car, Drury said. Contrast that with trucks, which have a loyalty rate closer to 75 percent.

To keep interest, Dodge has introduced several limited editions and added various performance packages on the vehicle. The 2018 model year offers 16 different versions of the Challenger, and Dodge is introducing new versions of the car in 2019.

That will include a 797-horsepower version called the Hellcat Redeye, which in terms of performance nips at the heels of the almost unthinkable 808-horsepower limited edition Challenger Demon the brand made for 2018.

Dodge is also changing the way it sells the car. It plans to introduce more ways for buyers to customize their cars both in terms of appearance and performance. This will give customers the option of putting high-end features, such as brake packages, on a car without having to spend the $70,000 they would normally have to buying one of the lineup’s highest performing models.

The sheer range of options and the ability to customize the vehicle are part of why consumers are drawn to the Challenger, said Kevin Hellman, who is brand manager for the car.

“We try to talk to as many customers as we can and we constantly get narratives like ‘I love my Challenger because I barely ever see another one like it on the road,'” he said. “That is one piece that really resonates with customers out there in this market. The less of it you see out there the more you feel like it is special to you.”

The car is also meant for people who care deeply about driving and care about America’s automotive heritage.

“These vehicles still soldier on,” Drury said, “and it is because they represent something no fast performance version of an SUV can represent. These cars are impractical from day one, so everyone knows they are in for a lot of compromise, but there is something there that other segments can’t touch.”