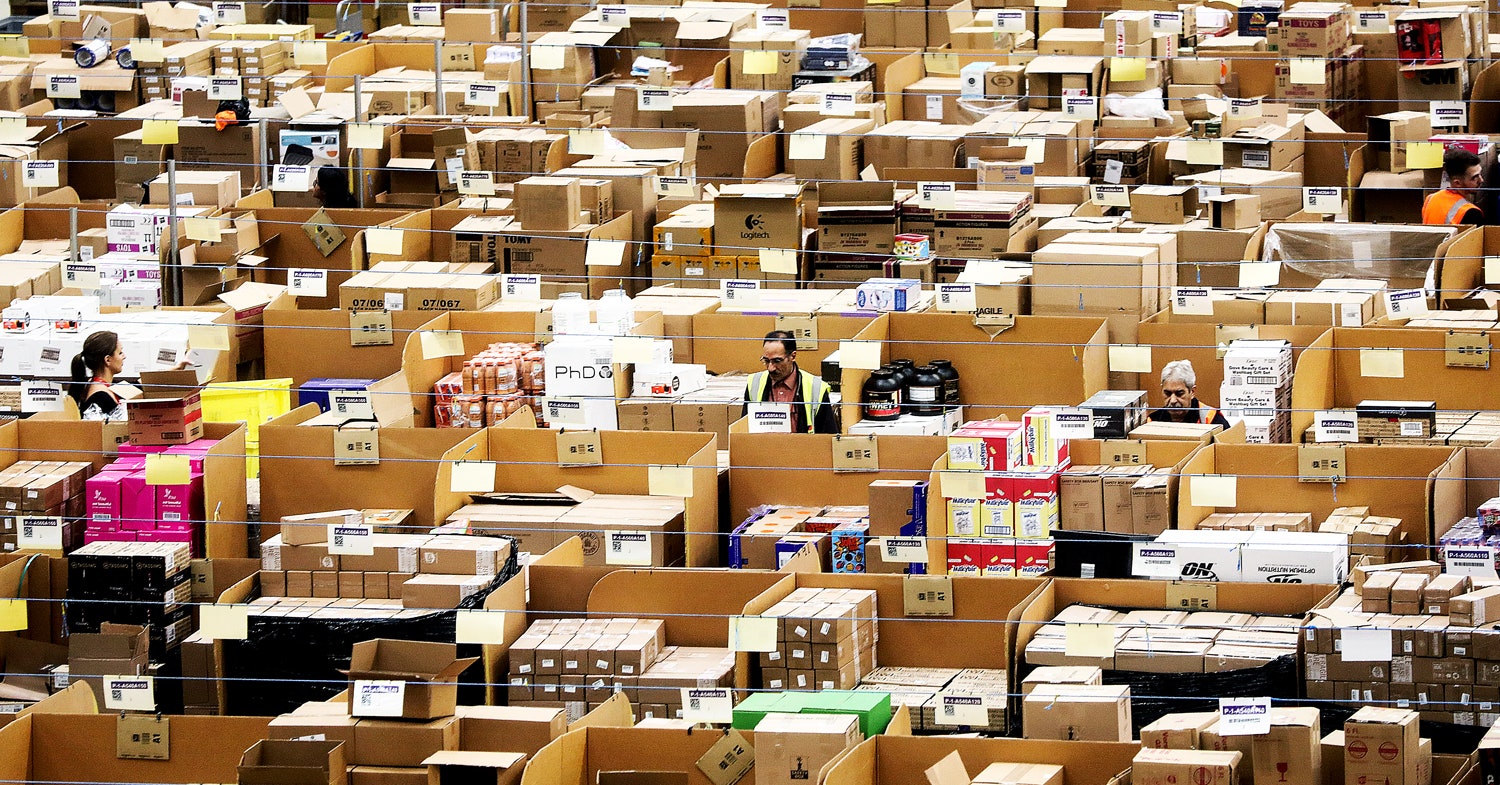 After months of increased public criticism about its grueling labor practices, Amazon announced Tuesday that it would begin paying all US employees, including part-time, seasonal, and temporary workers, at least $15 an hour and all UK employees at least £9.50 (with higher wages in London) beginning November 1. The move will affect 250,000 Amazon employees and 100,000 seasonal workers, according to the company.

In the same announcement, Amazon also said it will begin lobbying Congress to raise the federal minimum wage, which is currently $7.25. Jeff Bezos—the company’s CEO and the richest man in the world—said in a statement that Amazon “listened to its critics,” and “decided we want to lead.”

On its face, Amazon’s decision to raise wages is unequivocally a good thing, with the power to positively impact the lives of hundreds of thousands of workers who were paid low wages even as their employer amassed enormous wealth. The pay increase also demonstrates the effectiveness of the Fight for $15 movement, a grassroots push formed in 2012 to increase pay and form unions in the retail and fast food industries.

“Amazon didn’t pick $15 for no reason whatsoever but because of its symbolic importance,” says Ben Zipperer, an economist at the Economic Policy Institute who studies low-wage labor markets. “Political pressure can actually change wages in our economy, which I think is a helpful reminder.”

Amazon has also sustained months-long attacks from politicians like Bernie Sanders, who introduced a bill last month literally called the Stop BEZOS Act. The legislation is designed to force large employers to raise wages by taxing them when their workers need to rely on public benefits like food stamps.

Sanders’ initiative provoked a rare response from the typically shy Amazon, and the senator appeared pleased Tuesday when he learned his effort had seemingly worked. “Today, I want to give credit where credit is due. And I want to congratulate Mr. Bezos for doing exactly the right thing,” Sanders said at a press conference this morning. Bezos later basked in the praise on Twitter.

Amazon is likely betting, however, that increasing pay will do more than just alleviate pressure from lawmakers and activists who want the retail giant to improve its working conditions. In the coming months, the company will need to attract 100,000 seasonal employees and once again try to dominate the holiday shopping season. It has to accomplish those tasks in an extremely tight US labor market—the unemployment rate recently dipped below 4 percent—where few people are looking for jobs. Wage hikes like Amazon’s have historically occurred in similar economies.

“This isn’t really anything new,” says Sylvia A. Allegretto, a labor economist and the co-chair of the Center on Wage and Employment Dynamics at the University of California, Berkeley. “It typically happens around tight labor markets. Don’t forget that Amazon needs a lot of workers coming in for the holiday season.”

Making hiring matters worse for Amazon is the fact that it has faced a steady onslaught of bad press in recent months about its labor practices both in the US and beyond. One report published in April documented how some Amazon workers were forced to pee in water bottles to meet workplace demands, and another from July found some employees have suffered from workplace accidents that left them homeless.

Last week, Gizmodo also published excerpts from an internal video for Whole Foods managers that appears designed to train them to spot and squash labor organizing efforts. (It has previously been reported that employees of the Amazon-owned luxury grocery chain were planning to unionize.)

Taken together, those negative reports could make it more difficult to convince the already-small pool of job seekers to choose Amazon, especially when other retailers are also hiring for the holiday season. At first, the company tried to solve that problem by fighting back with its own counter-messaging, including via a new fleet of Twitter accounts tasked with spreading positive testimonies of working at the retail giant. Now it’s simply paying more, a move that could also help to reduce other labor costs in the long term.

“They have really high turnover rates—that’s very costly when you have to be constantly spending money on recruiting and training workers,” says Allegretto. “Paying a higher wage will help you retain those workers.”

Increasing wages also means that many more people—Amazon is one of the largest employers in the US—will have extra funds to spend on goods from places like, well, Amazon. Although the pay hike will cost the retail giant, it can potentially make up the loss via increased sales. “A lot of [Bezos’] customers are low-wage workers. There is a lot of demand that is unleashed when you start paying workers more money,” says Allegretto.

Amazon already has another established mechanism for reducing labor costs: automation. “It needs fewer workers today to sell and ship $100 million worth of stuff than it did just a few years ago. That trend is only accelerating,” Stacy Mitchell, the co-director of the Institute for Self Reliance, a non-profit that advocates for local economic development, said on Twitter.

Although Amazon has marketed itself as a leader by increasing how much it pays employees, the company is far from the first retail behemoth to raise wages in recent years. “Today’s announcement also illustrates how companies around the country are increasingly recognizing that higher wages can be good both for business and their employees,” Christine Owens, the executive director of the National Employment Law Project, a nonprofit that advocates for American workers, said in a statement. “Target is phasing in a $15 minimum wage by 2020, for example, and Costco recently raised its starting wage to $14.”

What separates Amazon from its competitors, however, is that the company is expected to announce the location of its highly anticipated second headquarters before the end of the year. The retail giant is widely believed to be receiving a lucrative government incentive deal from whichever city it chooses, in exchange for bringing tens of thousands of high-paying jobs. The last thing the company needs is the announcement to be overshadowed by concerns about how it treats its low-wage workers. Establishing a $15 minimum wage helps to buffer against some of that potential future criticism.

Amazon’s labor practices, and its decision to increase wages, are representative of wider issues facing American workers. While corporations have mostly recovered from the 2008 recession, employee wages have largely failed to rise along with stock prices. The federal minimum wage hasn’t been increased in nearly a decade, though many states and cities have legislated higher employee pay themselves. The gap between the rich and the poor is greater in the US than ever before, according to some experts. Corporations are starting to be held responsible for their role in increasing inequality, and some may be trying to alleviate the harms. But make no mistake: Amazon’s bottom line is still its priority, and it stands to benefit from bridging the economic divide, too.

Amazon’s iRobot Deal Would Give It Maps Inside Millions of Homes
How GPT-3 Wrote a Movie About a Cockroach-AI Love Story
We Interviewed Meta’s New AI Chatbot About … Itself
This Man Built His Own ISP. Now He’s Getting $2.6M to Expand It
Tim Wu, Biden’s Anti-Big Tech Adviser, Has Been Living the Dream