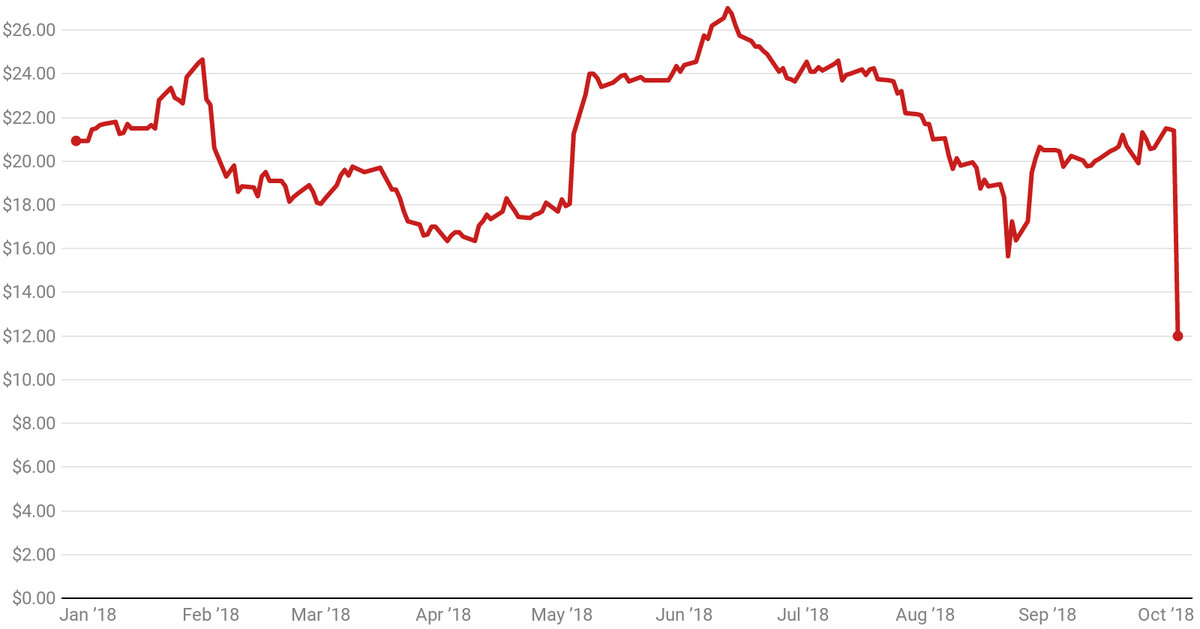 Server firm Supermicro’s stock price fell by half today, following an explosive Bloomberg Businessweek article. It has since rebounded a bit, but is still down 44 percent on the day.

The article, reported by Jordan Robertson and Michael Riley, alleges that a Chinese military unit inserted tiny spy microchips at subcontracted Chinese factories that supplied Supermicro with components. Supermicro’s motherboards then went on to be included in servers used in numerous U.S. organizations, including the Department of Defense and the Navy. They also reached nearly 30 U.S. companies, including Apple and Amazon.

The chips supposedly allowed the Chinese attackers to create a secret doorway into companies’ networks, and could receive further communication and instructions. China’s goal, according to a government official cited in the article, was “access to high-value corporate secrets and sensitive government networks.”

The article cites “extensive interviews with government and corporate sources,” all of which are anonymous. For what it’s worth, Apple, Amazon and the Chinese government vehemently deny the allegations. Read their full statements here. Amazon has since published a blog post titled “Setting the Record Straight on Bloomberg Businessweek’s Erroneous Article,” further denying the claims.

Supermicro has also been hurt by accounting problems. This year it failed to report quarterly and annual filings on time, causing it to be delisted from the Nasdaq stock exchange in August.

None of this has been good for Supermicro’s stock, but today is really bad: