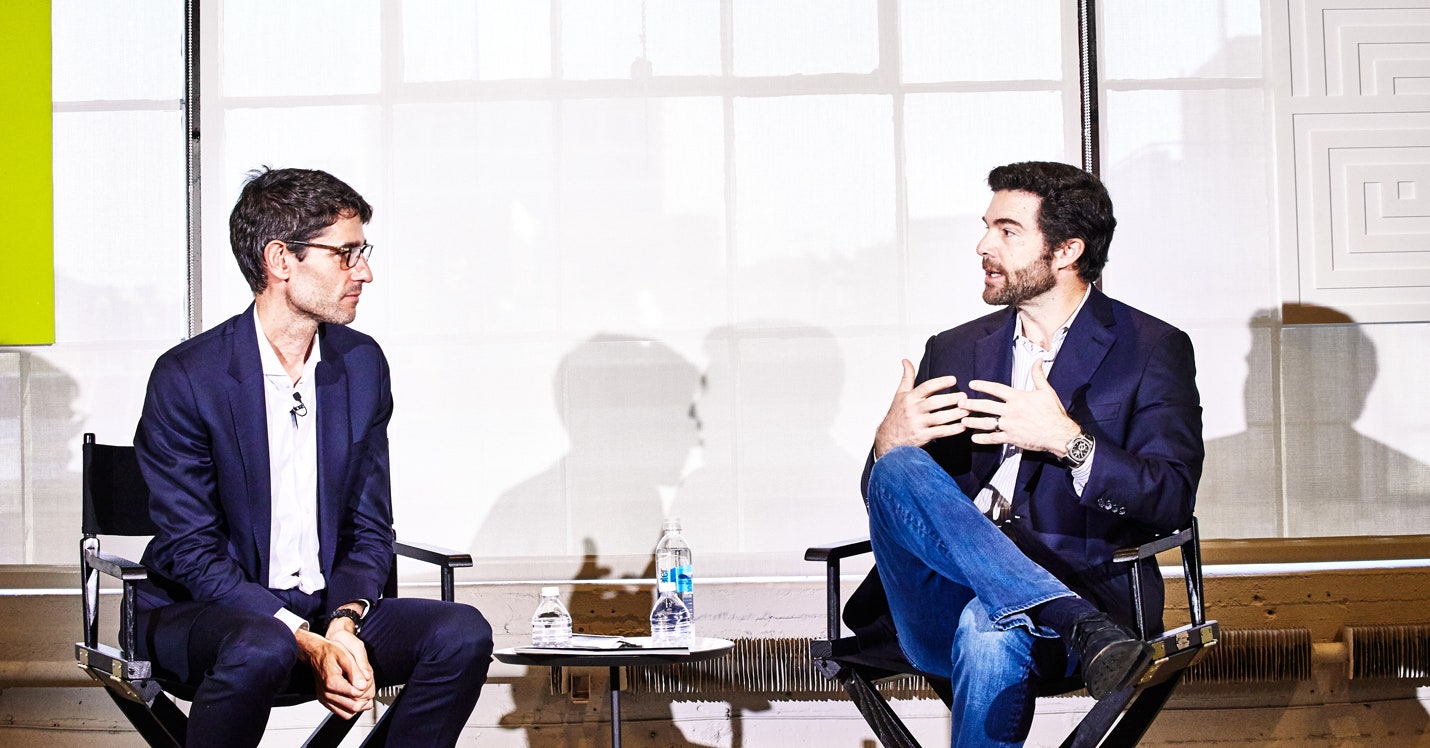 The machines are coming for us — or at least for our jobs. From a bot that’ll whip you up the perfect cheeseburger, to a flurry of cameras and scanners designed to make checkout lines a thing of the past, automation is already chipping away at middle-skill jobs in multiple industries. So is it time to abandon your job in panic and run to the hills? Stacy Brown-Philpot doesn’t think so.

“There’s always this question of what are robots going to replace,” Brown-Philpot, the CEO of TaskRabbit, told WIRED Editor-in-Chief Nicholas Thompson at the WIRED25 Festival in San Francisco. But she doesn’t think that’s the right way to contemplate the future of work.

As technology grows more sophisticated, Brown-Philpot thinks robots and machines will become more integrated into our everyday lives, more as intermediaries between customers and employees than as direct substitutes. Sure, the TaskRabbit of the future could be summoned to your home by a smart fridge programmed to automatically send out a repair request when malfunctioning, posits Brown-Philpot. But the nuanced human expertise of the dispatched Tasker is irreplaceable. “I just believe that robots are never going to replace the empathy and judgment that humans can provide,” she added.

Jeff Weiner, CEO of LinkedIn, agrees. Ask anyone about the skills in short supply, and they’ll mention software coding or artificial intelligence, Weiner says. But that’s not what the data indicates, he told Thompson. “The biggest skills gap in the United States is soft skills,” he said. Think written communication, oral communication, team-building, or leadership skills.

“As powerful as AI will ultimately become and is becoming, we’re still a ways away from computers being able to replicate and replace human interaction and human touch,” said Weiner. “So there’s wonderful incentive for people to develop these skills because those jobs going to be more stable for a longer period of time.”

Patrick Collison sees the future of work and life online as increasingly enabled by efficient online payments. (Though, as the co-founder and CEO of digital transaction company, Stripe, he admits he may be a little biased.)

In the early days of the internet, explained Collison, websites gravitated toward online ads to fund their ventures because “ads were easy [and] payments were hard.” The digital infrastructure necessary to support online payment processing tools didn’t really exist and early internet entrepreneurs had little time or incentive to figure out why, especially when online ads were so lucrative.

“There was more advertising than there would [have been] if payments worked well,” said Collison. Over time, that led to an economy based on collecting and selling data about users, with attendant costs to privacy.

Collison had long hypothesized that an internet funded by direct payments from consumers to content producers, rather than ads, could be more sustainable and lucrative for creators. And it turns out he just might be right.

“As the Chinese internet is emerging, it’s actually become much more clear that this is indeed the case,” said Collison. Take China’s podcast industry, for example. Unlike their American counterparts, Chinese podcasts aren’t littered with awkward ad breaks and silky-voiced “messages from our sponsor;” the vast majority are completely adless, thanks to listener payments.