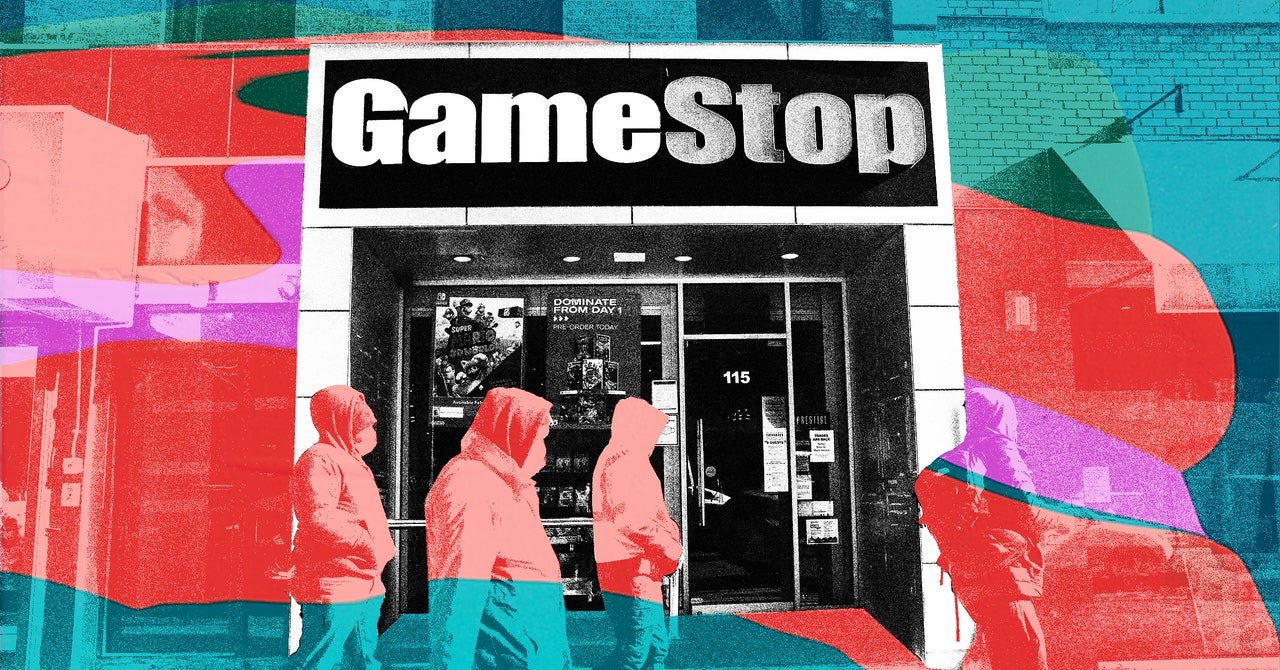 None of that would matter if it all remained confined to the realm of social media. Except the past few years have witnessed the explosion of zero-commission trading apps that allow easy access to stock markets—and suddenly people can follow through on their love for the meme. US Securities and Exchange Commission chair Gary Gensler has often thundered against how Robinhood and its ilk have “gamified” investment—through the inclusion of social media-like features, jocular push notifications, and confetti animations in the best Vegas slot-machine tradition. But the gamification goes beyond garish visuals: It has to do with how easy to use and how cheap these trading apps are (until someone goes all in, with potentially ruinous consequences)—so usable that they allow people to idle away time by trading instead of, say, playing Candy Crush or strumming on a guitar. “This is just a hobby, in many ways: It’s a little bit of money,” says Mel Stanfill, an assistant professor specialized in games and interactive media at the University of Central Florida. “But at scale, small amounts of money become huge amounts of money that can move the stock market.”

Mix a financial meme with a handy app and you get a GameStop moment. Were people on r/wallstreetbets convinced of the potential of GameStop’s business? The “fanatics” among them—people such as Keith Gill (aka DeepFuckingValue), one of the stock’s most vocal advocates—did indeed seem to think that the retailer was on the verge of an upset comeback. Were the people on r/wallstreetbets trying to punish the hedge funds? Some certainly were (and some of their less savory cohorts on Telegram’s QAnon-themed groups couched that attack in vile anti-Semitic terms). But many others were just in for the fun, writing about how they wanted to “seee the moon” and “love this stock”—their objective was to keep pumping GameStop’s price up, and keep playing with their online friends.

Obviously, the memes came home to roost dramatically this year, when millions of people across the globe, forced into lockdown by the pandemic, were bored and looking for a pastime. On top of that, the US government issued $1,200 stimulus checks, providing the necessary cash fodder for many amateur traders. Yet the memification of finance had been in the making for a while. It was already rearing its head in 2020, with the improbable success of lesser stocks like Kodak or Hertz, backed in a similar manner through trading on upstart apps. But, really, you can take it all the way back to cryptocurrency.

Well before people on r/wallstreetbets declared their love for the meme stock, people on other subreddits, as well as on Telegram and Twitter, had been shouting their misspelled motto, “HODL.” That is, “hold,” as in buy a certain cryptocurrency—from Bitcoin all the way down to the latest scam-coin—and keep it in your wallet in the hope that its value shoots up again, to the Moon. If spending a grand to hoard the stock of a brick-and-mortar chain store during a pandemic takes a lot of confidence—or a lot of nihilism—the leap of faith required to invest savings in a novelty currency whose price is determined simply by its popularity online is mind-boggling. And yet, straight after the GameStop frenzy came the Dogecoin frenzy, with the Robinhood brigade pumping a parody cryptocurrency, its symbol a meme dog, from $0.0041 on January 1 to $0.50 in May. Elon Musk, who took a liking for Dogecoin, kept attention levels high with a barrage of Doge-laden tweets and a shout-out to Dogecoin on Saturday Night Live. In the second quarter of 2021, Robinhood earned $144 million in revenue from Dogecoin trades. (Robinhood makes money from the market makers that place the actual trading orders, via a controversial mechanism called payment for order flow.)

China’s ‘People’s Courts’ Resolve Online Disputes at Tech Firms
Inside the Student-Led Covid Walkouts
When It Comes to Health Care, AI Has a Long Way to Go
Now You Can Rent a Robot Worker—for Less Than Paying a Human
Gig Workers Were Promised a Better Deal. Then They Were Outsourced