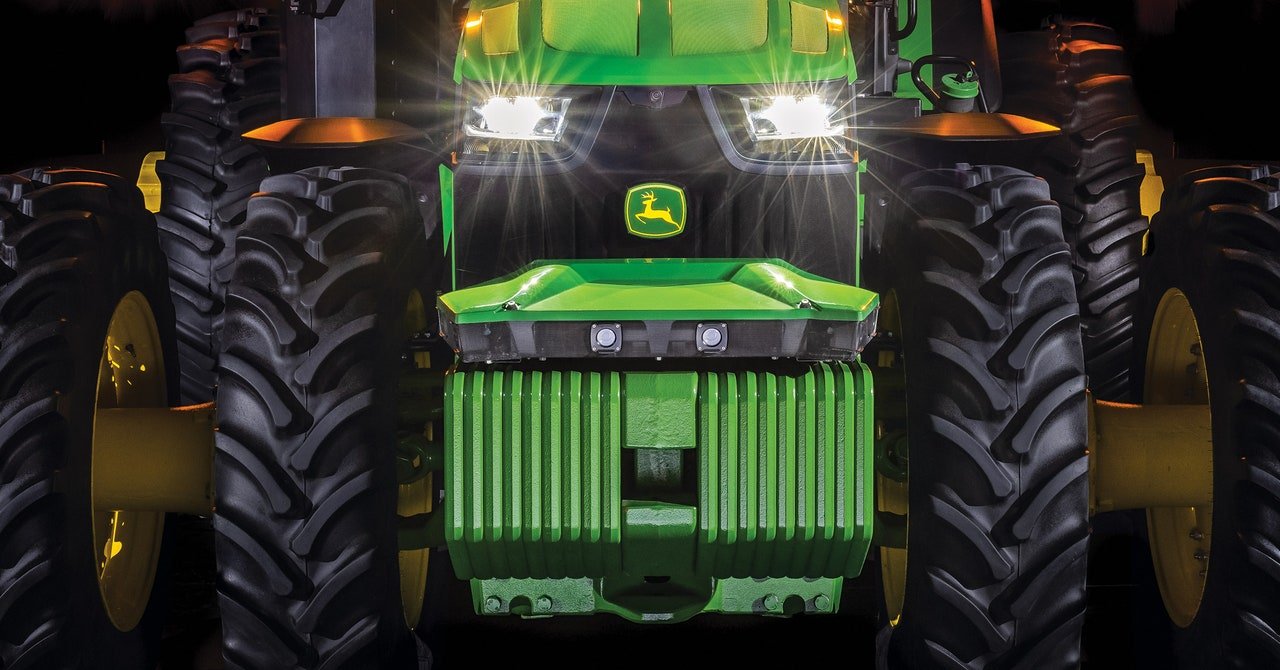 The self-driving car has come to seem like an idea that’s always a few years away from reality. But perhaps we aren’t looking closely enough.

According to two women leading efforts to commercialize autonomous vehicles, the technology has well and truly arrived—and while it might be limited to certain niches for now, they believe it could become a lot more common in the next few years.

Jody Kelman oversees the autonomous driving division of the ride-sharing company Lyft, which has been testing self-driving taxis in Las Vegas since 2018.

Aubrey Donnellan is a cofounder and the chief operating officer at Bear Flag Robotics, which retrofits tractors to make them autonomous.

Kelman and Donnellan spoke to WIRED staff writer Aarian Marshall at WIRED HQ at CES, a virtual event exploring the standout gadgets, technologies, and ideas on show at the giant trade event.

“It’s here already—that’s the good news,” Donnellan says when asked when self-driving vehicles would finally arrive. “We’ve been out in the market for a couple years now.”

Open fields present fewer challenges for autonomous vehicles than busy roads, and so limited forms of autonomy have become a feature of tractors in recent years. Donnellan says she expects her company to make more tractors autonomous in the next few years.

Bear Flag was acquired by the farm equipment giant John Deere in August. At CES, Deere also announced its own fully autonomous tractor, which could prod more farmers to deploy robots in their fields.

Lyft, which offers self-driving rides in Vegas in collaboration with the autonomous vehicle company Motional, has shown that autonomy works in limited scenarios, Kelman says. Lyft users there can sometimes summon an autonomous car using the same app they use for other rides. Kelman says the company has completed more than 100,000 autonomous rides, and it plans to expand the offering with a dedicated self-driving taxi service in 2023, as well as further deployments in other locations.

“What we’re going to see is this really starting in earnest next year,” Kelman says. But autonomy won’t be available everywhere simultaneously. “This is going to happen in pockets over time, in certain cities, in certain weather conditions, at certain times of day.”

This is going to happen in pockets over time, in certain cities, in certain weather conditions, at certain times of day.

Lyft said in April that it would sell its self-driving subsidiary, Level 5, to Toyota subsidiary Woven Planet, but the company still has a product team dedicated to supporting autonomous driving and continues to work on the technology with other companies.

The development of self-driving cars has been bedevilled by technical challenges caused by weather and other factors, and some efforts to push the technology forward have resulted in deadly accidents.

Both Kelman and Donnellan say that understanding how humans interact with autonomy will be crucial to guaranteeing both safety and successful adoption. “The companies that are doing this, that are worth their salt, kind of ironically put the human at the center of their robotic innovation,” Donnellan says.

According to Kelman, companies that are working on self-driving cars can learn not only from successes in other industries, such as agriculture, but from one another. She points out that Motional shares data gathered from autonomous driving with other companies. She says that approach, which is gaining momentum in Europe, could accelerate development of the technology.

Why Airlines Are Fighting the 5G Rollout
Cities Want Ebikes to Stay in Their Lane—but Which One?
When It Comes to Health Care, AI Has a Long Way to Go
Inside the Student-Led Covid Walkouts
Gig Workers Were Promised a Better Deal. Then They Were Outsourced