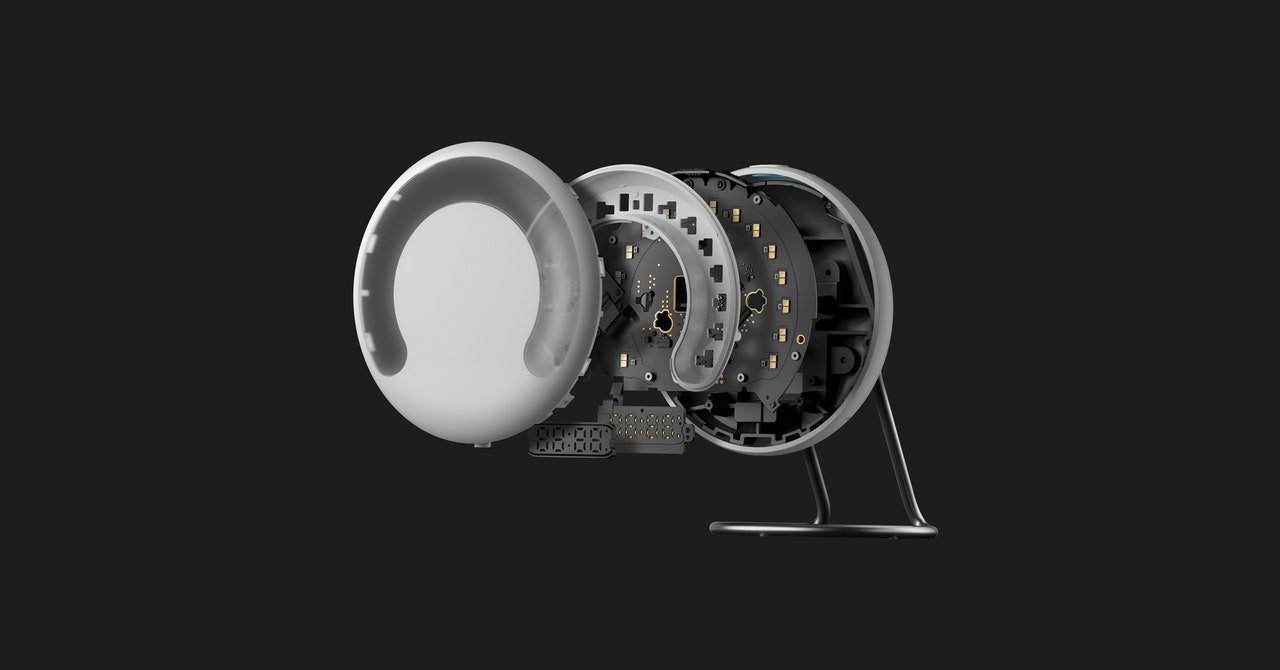 That project is now personified by today’s announcement of Halo Rise, the $140 “no-contact bedside sleep tracker, smart alarm and wake-up light” that picks up signals from your bedroom that even the partner sleeping beside you won’t notice. (To get the best use of that data to improve sleep, users must subscribe to the premium Halo app; the first six months are free.) Amazon had already been in the popular sleep tracking-game with its wearable Halo wristband, but a dedicated radar-equipped device is enough to cause stress-breathing anomalies among its critics. I asked Limp whether there might have been any hesitation before developing a product that seems so intimate. Weren’t the Seattle executives wary of releasing a product that causes people to say, “WTF, Amazon is using radar to monitor my sleep?”

The answer was no. Like every other Amazon product, Halo Rise was first proposed via a six-page pitch document that outlined a press release for its future launch. “Amazon is built on customers’ trust—it’s not ‘What would a pundit think?’” Limp says. Amazon had already been working with low-powered sensors, in this case radar, and it figured out that without ever touching anything, you could get a very accurate signal of a person’s breathing and translate that to sleep. “So how do you do it in a safe and private way?” he says. “We chose not to add a camera, and we didn’t need a microphone. Let’s make sure that the data is encrypted, in transit and also at rest.”

Amazon’s director of new products, Michael Fisher, says the Halo Rise has other safety features, like a one-button push that turns off the monitoring. All data is wiped from the cloud after 10 days. Amazon has even accounted for the concern that its perceptive little disk might take note of nocturnal boffing. When a breathing pattern of the designated sleeper indicates that a little night music is afoot, it cools its sensors until a sleep pattern emerges—the same silent treatment it employs when the person is reading or watching TV, activities that Amazon says have their own distinctive breathing patterns that Halo Rise doesn’t track. “The device focuses on recognizing you are sleeping,” Fisher says.

Of course, it’s a stretch to think that the Halo Rise will achieve the ubiquity of popular Alexa devices like Echo or Dot. Perhaps it will go the way of the Ring Always Home Cam, the in-home multi-camera security drone announced by Amazon in 2020 that has yet to ship. But regardless of whether people choose to retire and rise with Amazon’s odd new sleep monitor, the company is fixated on producing and enhancing hardware to populate your environment with Amazon sensors, cameras, microphones, and AI, all done in a way that you hardly know it’s there.

And, by the way, Limp says that that Amazon’s home-patrolling drone isn’t dead. Hundreds of test prototypes are already in homes, he says, collecting data that will help the company perfect the device. “I’m still a believer in the product,” he says. At Amazon, it seems, ambient intelligence has no bounds.

Updated 9-28-2022, 5:20 pm EDT: The Astro robot can detect and capture video pets when it comes across them, not actively find them.

We’re in Denial About the True Cost of a Twitter Implosion
Why the World Fell for FTX CEO Sam Bankman-Fried
The Twitter Files Revealed One Thing: Elon Musk Is Trapped
I Found the Perfect Replacement for Twitter. It’s LinkedIn
Apple Won’t Let Staff Work Remotely to Escape Texas Abortion Limits