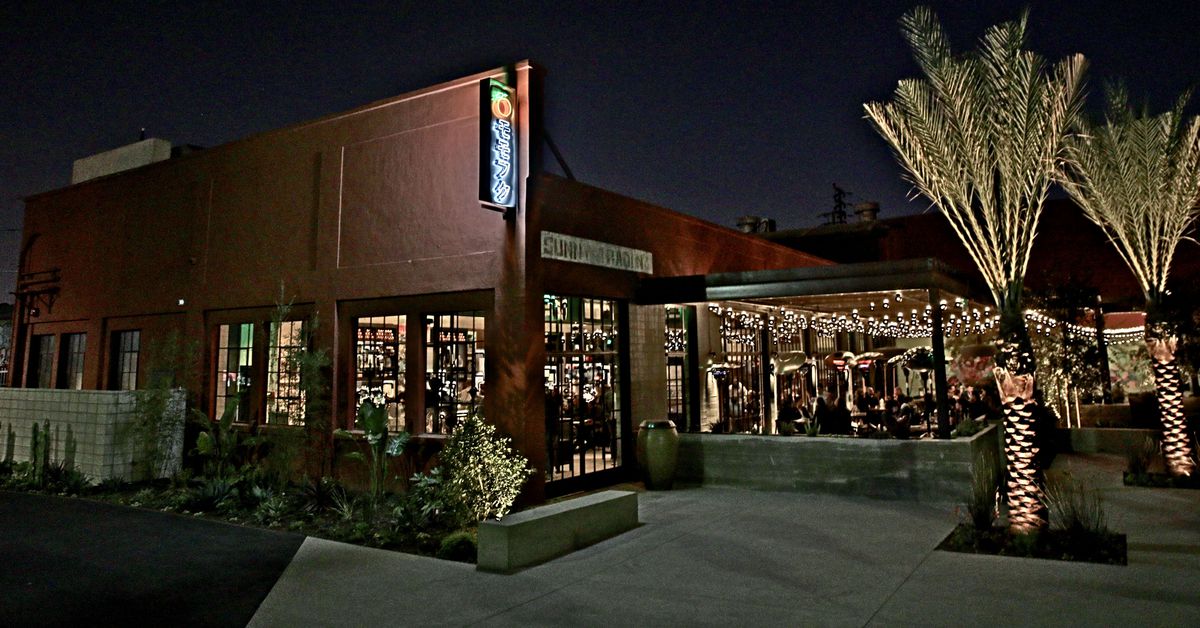 For more than a decade, online restaurant reservations pioneer OpenTable was seemingly the only place you could go to book a table online. Now, in four years, its upstart rival Resy has managed to bite off some of OpenTable’s market share, particularly among newer and trendier restaurants.

Recode researched the reservation system used by hundreds of restaurants in New York, San Francisco, Chicago and Los Angeles, focusing on three categories: Hip, newer restaurants as chosen by our sister site Eater’s “heatmap” lists; the top-ranked restaurants in each city on TripAdvisor, as a proxy for established, if touristy restaurants; and fine-dining restaurants with Michelin stars.

Using data Recode gathered late this summer, we found that OpenTable dominated overall, servicing almost 60 percent of all the restaurants on the list that take reservations. Resy had 10 percent market share among those restaurants. (Globally, Resy has far fewer restaurants using its software — around 2,000 — than OpenTable, which has more than 45,000. OpenTable was founded in 1998.)

Resy was particularly unpopular among the touristy spots on TripAdvisor, where only 5 percent of the restaurants we tabulated used Resy; more restaurants still used the phone. OpenTable’s market share there, though, was its highest among our groups at more than 60 percent.

Among Michelin-starred restaurants in the cities — excluding Los Angeles, which doesn’t yet have a guide — OpenTable was the big winner. But almost a third use Resy or two upstart competitors: Tock, which is focused on ticketing-based dining, and Reserve, which is more like Resy.

But among the newer, hipper restaurants on Eater’s lists in those four major U.S. cities, like Frenchette in New York and Dama in Los Angeles, Resy is eating into OpenTable’s potential customer base, garnering 21 percent market share — half of OpenTable’s 42 percent share.

Why is Resy catching on? When the company — led by Eater’s co-founder Ben Leventhal — launched in 2014, it tried to innovate in the reservations market by asking diners to pay extra for a premium reservation, a strategy it has abandoned. These days, it’s mostly a cheaper, simpler system.

Michael Schall owns two restaurants in New York: Camillo, a neighborhood Italian joint, which uses Resy, and Locanda, a pricier and more upscale restaurant, which uses OpenTable. Schall estimates his monthly bill from OpenTable is usually around $1,200, while his bill from Resy is $189.

“The main reason I use Resy at Camillo is that it’s much more neighborhood focused,” he said. “So I don’t need to maximize my dining room — I just need a cheap online reservation [system] so I don’t have to pay someone to sit in the office and answer phones manually.”

For now, restaurateurs also get less from Resy, so it makes sense that Resy works for places that aren’t as dependent on reservations — say, at hot, new places, or neighborhood restaurants.

Leventhal says he’s interested in working with “any and all” high-quality restaurants. But it makes sense for a fast-moving startup to more easily service a smaller restaurant with simpler needs.

And the company is building out a more elaborate “ResyOS” offering, including what it describes as “the most advanced table management system in the world.”

The question, then, is whether that will allow it to scale to a wider group of customers. One recent development: The legendary New York restaurateur Danny Meyer recently announced he would move his group — including Blue Smoke, Union Square Cafe and Gramercy Tavern — to Resy in the coming months.

A Suspected Killer’s Fans Are Still Promoting Him Online
What Could Keep Climate Change From Becoming Catastrophic?
Tim Wu, Biden’s Anti-Big Tech Adviser, Has Been Living the Dream
TikTok Is ‘Shadow-Promoting’ Banned Content in Russia
Amazon’s iRobot Deal Would Give It Maps Inside Millions of Homes